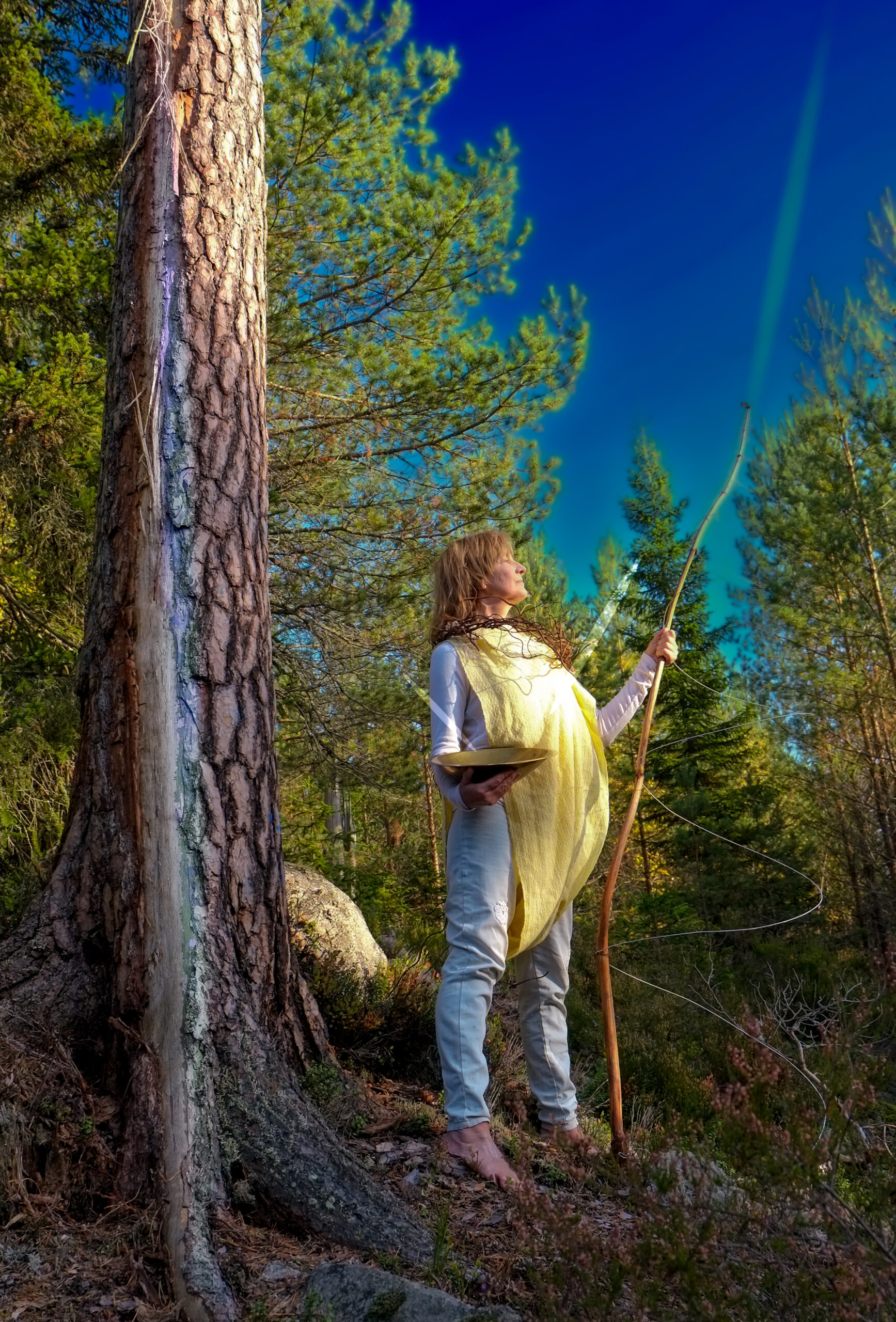 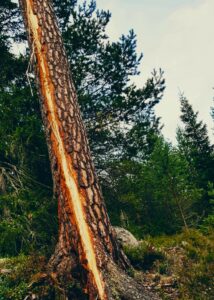 This pine tree had been touched by a lightening during a thunderstorm in august 2021. At a closer look one could see that the bark had been thorn away from root to the tree top by the lightning force. But not only that, the force of electricity had followed  the trunk in a spiral shape. It seemed as the thunder stroke a root in west and took its own electricity at the top of the tree facing east in a spiral movement. This made my thinking go to opposite forces in nature and how they are balanced, sometimes with great force, sometimes by a gentle touch. Ponding in thoughts, this inspired to a simple costume and props that resonated with this unusual event in nature. The photo session was made a few months later, and the scare on the tree bark had already become less visible.