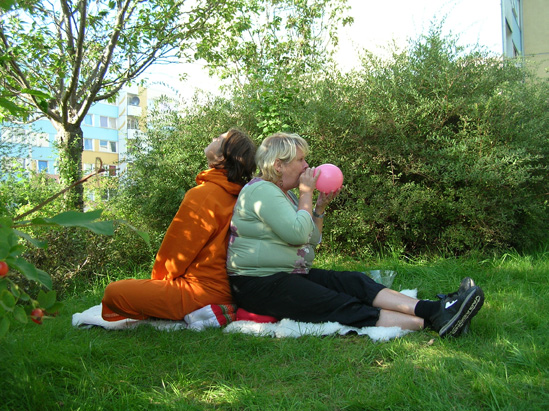 You breathe in about twelve times during such short period of time as a single minute.
Exchanges continually are takes place in your consciousness!
“Breathing -space” was made together with 5 archaeologists during a scientific research. During this project they where given the opportunity to become aware of their own breathing on the excavated site. In conclusion the participators blew up a chosen balloon, an action pointing to the fusion between our bodies, spirit and environment at that moment. All balloons were shown as a performance later at the international archaeological conference in Krakow, Poland 2006.