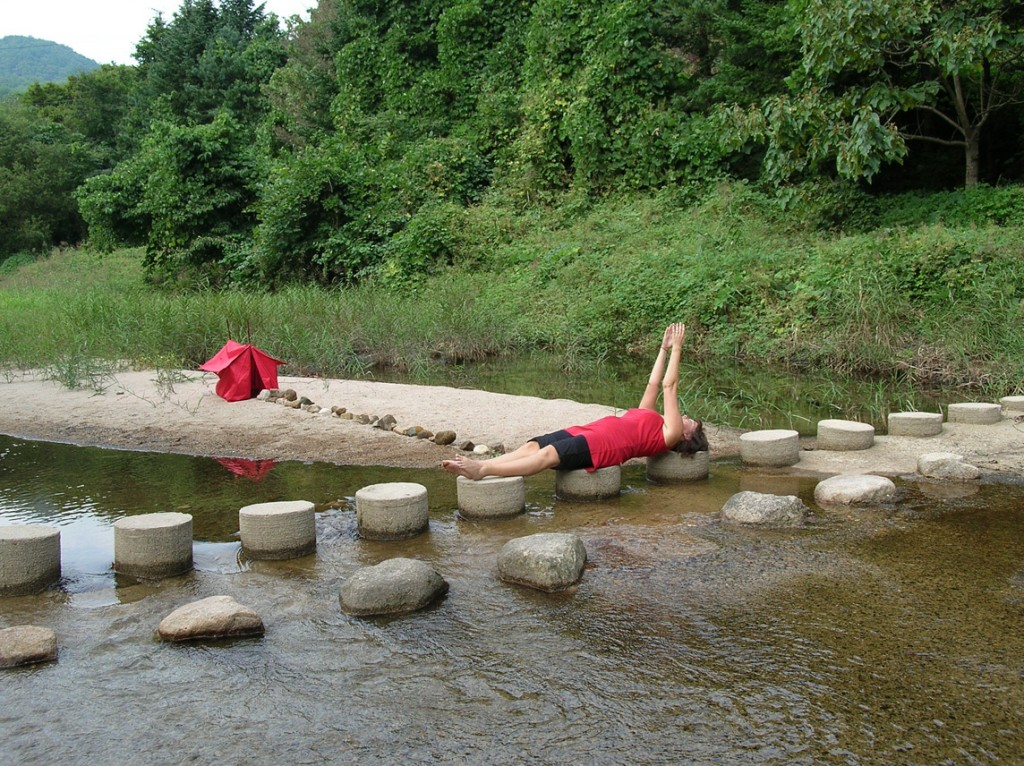 Place: South Korea. Material: Body, props and costume. Category: Performed Nature Art Photography. Concept: Intermezzo is a project examining a physical relationship towards Nature. One intention with this project is to express senses with the body as they are experienced by a person, traveling through landscapes (also expressed by using a red tent at actual site – a symbol for traveling). Similar to the project “Messenger” (Argentina 2007) the artist acts as an interpreter for sites and places by delivering messengers to the civilization. In Intermezzo human body plays a central part and is used as a tool to create a kind of visual language, a language where the female body represents senses rather than thought (according to feministic theory, Ambjornsson 2004). Buddhist temples close to all sites served as inspiration and this performed photography was made as four series, but only few of them exposed on this website.